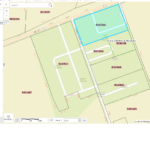 Original coordinates of location from usgs.gov. In October 1972, the Army Corps of Engineers began construction on the Laneport Dam & Lake (renamed by Congress as Granger Dam & Lake on January 3, 1975 after the largest town in the vicinity). A total of 4 cemeteries were moved from their original locations as they would have ended up under Granger Lake upon the completion of Granger Dam. The Corps purchased a 3 acre site adjoining the Granger Brethren & Granger City Cemeteries & moved the contents of the 4 cemeteries to that site before the dam was operational on January 21, 1980. Beneath the waters of Granger Lake, lies the site of an early agricultural settlement known as Allison and later as Friendship. From the Allison Cemetery original location there were two Robbins that were moved to Greathouse Cemetery, Temple, TX.