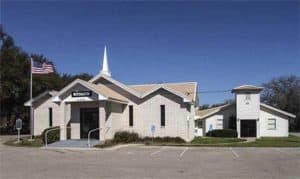 Reverend William Isaac Newton and his wife, both of whom attended Liberty Normal & Business College at Liberty Hill, were living in soon-to-be Andice community in the 1890s.  Newton was pastor of Union Hall Church east of Liberty Hill.  Their son, Audice, was born January 5, 1899, and soon after this event Newton applied for a post office, requesting that it be named “Audice.”  Postal officials misread the name, approved the office as “Andice,” November 28, 1899, with Newton as postmaster.