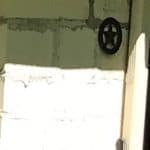 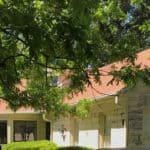 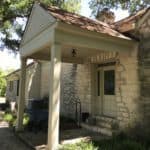 No text, small medallion only

However, from WCHC’s notebook pg 22 the following was noted: “Built in 1853, this masonry home overlooks Brushy Creek near the huge round rock for which the town was named after the citizens must have considered the original name, Brushy inappropriate. This ranch style home as built by Jacob M. Harrell, who is buried in the State Cemetery at Austin, Texas. Inside are many articles of interest such as one hundred year old hunting print by J.F. Herring, and a Chinese screen inlaid with pearl, ivory, jade and soapstone estimated to be over five hundred years old.”